The HCCA Delegates were polled at a recent meeting about their major concerns for their neighborhoods in an effort to find commonality. Here are the results of that polling which represents the most common problems facing residents in all areas of the City:

- Sanitation: Since sanitation was outsourced in 2009 to Waste Pro, the level and quality of service has declined substantially. Especially when it comes to the brush or commingled pickups. Waste Pro is inconsistent and arbitrary, They continue to miss the brush pickups sometimes for weeks at a time.

- Septic to sewer conversion: This program is causing much concern for neighborhoods that will be required to convert to a sewer system in the near future.

- Traffic issues: Traffic-related issues are a common concern for all neighborhoods. Speeding in particular. Stop signs and speed tables can help but stop signs and traffic signals are the domain of Broward County and require that certain metrics are met.

- Sea-Level Rise: A major concern of neighborhoods on the east side of the City, sea-level rise will also affect western parts of Hollywood as there are numerous canals that reach deep into the City. These waterways will also be affected by sea-level rise and the resulting saltwater intrusion.

- Road work by FDOT: There are numerous roadway projects underway by the Florida Dept. of Transportation (FDOT). Both 441 and A1A/Ocean Drive are FDOT projects that have been poorly managed. On 441, for example, the new trees are not being maintained properly. On A1A, the completion date has been pushed out repeatedly causing prolonged inconvenience to Beach residents and businesses.

- Resident Participation: All HCCA Delegates expressed concerns about how they can increase attendance and participation in their respective civic associations. The HCCA Board of Directors will make this a priority going forward. 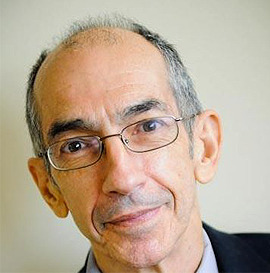